BACK
Sensory Engagement
& The Haptic

Sensory Engagement & the haptic is about our physical relationship to the world and is a way of opening up different ways to get information to us.
This form of design is Intuitive and engaging. The haptic senses are all about the design coming out of the screen. It's about engaging the user by getting them to take advantage of all the information gathering appartus in their body in order to interact with the design.

Gesture & the screen is all about the information being able to come to us from screens – its not only about the content, but the form also.
Dematerialisation is about taking apart, whereas materialisation is about something being together/whole.
The screen consists of rules of how things are in a space. The screen is 2D but gives the impression of 3D at times.
These are referred to as paradigms which are the the rules & regulations associated with several things.

Nowadays, a camera can catch any moment in time whereas with early photography there had to be a point of stillness. This is all due to the advancement of technology, which makes photography nowadays a lot easier to do and for various effects/modes to be applied when capturing takes place (i.e. monochrome mode, vivid colours, filters etc.). The photograph on the bottom left is an example of an old photograph where it is clear that the subject had to remain still during the process. The photograph on the bottom right is of a break dancer in the middle of his performance. It has been taken in the moment which is one of the advantages of new media. 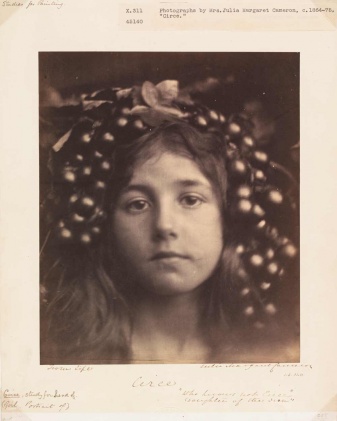 The above photograph was taken
on March 4 2010,
By Ana Sokolovic
'Designers have also matured beyond the first moments of irresistible and immoderate enthusiasm for the new mediums, and learned to control their touch and to wear technology, instead of letting technology wear them.'

Paola Antonelli is a creator. Antonelli along with other contributors created a wide-ranging survey that looked at the work of those visionaries who are re-imagining the relationship between technology, design products, immersive environments and human interaction for the twenty-first century. Antonelli felt that with new technology at hand, designers began to dominate. 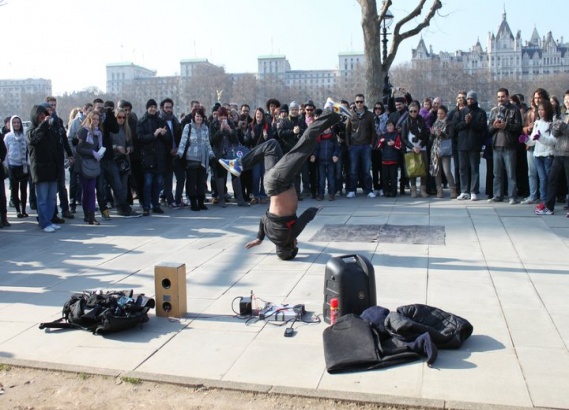 Helfand talks about the ‘Efforts to break out of the box.’ Helfand p.122. This shows Helfand's desire for us to get away from the screen. The screen being the computer screen, which in a sense limits the way we can interact with design. The video below is an example of design 'efforts to break out of the box':
Theo Watson with Emily Gobil – Rose & Fall Boards Interactive magazine, collaboration with next production. Telling a story. This is done by holding the magazine up, the magazine is detected by the camera. Plunged into the world of rise and fall, based on the way your holding up the magazine at the camera. If the magazine is upside down – the leaves on the screen fall away. Behind the scene mode shows how tracking is working when you show the back of the magazine to the camera. Using printed media & the computer space to create a dynamic piece of work.
GESTURE AND THE INTERFACE

'I believe we will look back on 2010 as the year we expanded beyond the mouse and keyboard and started incorporating more natural forms of interaction such as touch, speech, gestures, handwriting, and vision--what computer scientists call the "NUI" or natural user interface.'

Balmer sees 2010 as the time when interaction advanced, specifically with natural 3D gestural communication. 2010 is seen as being the key turning point of digital media.
This is an interface, where by going on www.newshaper.net you can select a news item. Then you have to say how you feel about the news item (like whether it makes you feel happy/sad). Through this process, individual visual results are created for each individual user for the same content based on how they feel about it. In a way, here the design becomes personalised with user contribution.
2. Steve Ballmer, CEO Microsoft
Body Paint is an interactive designed installation in which through movement you spread paint on a digital screen. The work is constantly changing, whatever changes is just in that moment, it has to be at that time. Instantaneous, immediate and temporal.
3. Mahir M Yavuz & Javier, Newshaper, 2009
4. Mehmet Akten, Body Paint, 2009
REACTIVE ENVIRONMENTS

‘In interactive environments, the promenade - and its implicit digressions - are as important as the destinations’ p122 (Graphic Design Theory - readings from the Field)

Helfand feels that the walking itself is just as the destinations the user reaches. Through this physical movement, there are different ways of walking around the interactive environment. As the user moves, they are continuously making more information within this space.

Below are two examples of reactive environments. In each one, the user is required to do something in order to activate the design/ initiate the experience:
The Mimosa installation features mirrors that respond & react to touch. These are meant to mimic responsive plant systems. In this instance, the user is being the instigator of information.
All about sound/cityscape. The Sound of Squares experience is made up of three different zones. Zone one is the seating cubes - a place for collaborative audio interaction. Where you sit on the cubes and they make sounds. Zone two is the audio wood - where Mannheim residents speak of their city in reports, interviews and features. An audio blog from the city of squares for residents of the tour cities. Zone three is the the interactive sound lab where visitors make their own mix by using the supplied samples provided on small cubes or can record their own sounds using plain cubes. These cubes are then placed in slots where the user can use the software provided (Mixen) to create and edit their own mix. The user then stores their track on a record cube and can take it home for downloading.
5. Jason Bruges Studio, Mimosa, 2010
The Wimbledon App aids the user whilst walking around the actual grounds of Wimbledon by providing information on everything that is going on at Wimbledon. Everything about Wimbledon is plotted i.e. facilities and everything else that exists on the Wimbledon ground. Also features refined searches which makes it easier to find exactly what you're looking for.
6. Atelier Markgraph, Sound of the Squares, 2008
Active objects are digitised objects. Paola Antonelli 2011:

‘Thus far, 21st-century culture is centered on interaction: “I communicate, therefore I am” is the defining affirmation of contemporary existence, and objects and systems that were once charged only with formal elegance and functional soundness are now also expected to have personalities.’

Mark Bashinger & Mark Gross – Things exist to things that have been made. If you can modify an object, you can change it.

Tom Jenkins, Audio Shaker, 2004. The Audio Shaker records sound, and when you shake it the sound bounces out of the interior. To get rid of the sound you have has to do the physical motion of pouring something out with the object itself. The whole aspect of the audio shaker is reliant on the user being active.

"You Are Cyborg" critics the impact of machine/human integration. It based upon this
idea of a cyborg and us being more reliant on machines.
HUMAN ERROR EXHIBITION

Human Error is an exhibition in collaboration with Dario Utreras commissioned by Chinese Arts Centre in Manchester. This exhibition features work that fully engages with the public. One of the worksvfeatures a drawing photobooth that re-humanises interaction. The viewer walks in and sits still for a certain amount of time while the artist draws them.