BACK
Remix Culture
[[[ LINKS TO OTHER PAGES ARE IN THE TURQUOISE COLOUR OBJECT BOXES ]]]
Remix often comes from the model of music remixes which were produced around the late 1960s and early 1970s in New York City, an activity with roots in Jamaica’s music. A remix is an alternative version of a song, made from the original version. This term is also used for any alterations of any other media other than song (film, literature etc.). Generally speaking, remix culture can be defined as taking samples from or using pre-existing materials to combine them into new forms according to a persons personal vision. A remix can involve anything from music, visual arts to videos.

In the present day, it plays a major role everywhere especially the internet. This can be seen when looking at YouTube videos. Here remixes range from simple manipulation of an original video to replacing the soundtrack with a song or inputting other sounds/ dialogue to replace the original words to mash ups of songs.

The process of remix culture - manipulating original content raises the issue of copyright/ infringement. You may use the work of others if:

However, there are exceptions to this if the work comes under fair dealing. Fair dealing is a term used to describe some limited activities that are allowed without infringing copyright. Briefly these are as follows:

- Research and private study
- Copying parts of a literary, dramatic, musical or artistic work or of a typographical arrangement of a published edition for the purpose of research or private study is allowed under the following conditions:
- The copy is made for the purposes of research or private study.
- The copy is made for non-commercial purposes.
- The source of the material is acknowledged.
- The person making the copy does not make copies of the material available for a number of people.

The link below is full fact sheet from The UK Copyright service for the legal rules on using the work of others.
1. Legal Rules on using the work of others
People can also use a range of sites, examples include those mentioned under creative commons licenses (examples of sites include Flickr & DeviantART). Using open source software available and websites which use CC licenses gives people the chance to share their work with others as well as giving them the permission to improve, change, and redistribute someone’s work (depending on the type of (CC) license the author has selected). Anything put under public domain with no copyright protection or any other is free and legal to use in any shape or form.
Lawrence Lessig supports the use of open source software and remix culture, having produced books and theories them both. The video shows on the left goes into describing his view on remix culture. The video on the right is Normative's 8-minute video on remix culture and talks about how remixing often goes beyond you changing something, but turns into a social event among remixers and their friends. Remixing isn't just about saying something back to a creator, but also about talking with your friends. 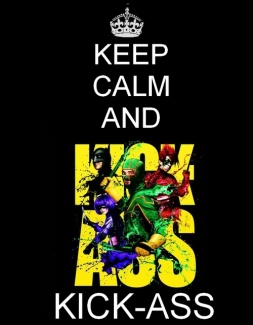 A mashup is a song or composition created by blending two or more pre-recorded songs, usually by overlaying the vocal track of one song seamlessly over the instrumental track of another. The two videos on both the left and right hand side above are examples of mashups.
Gregg Michael Gillis ('Girl Talk') creates numerous mashup. He uses 10 or more songs and takes certain sections and put them all together to create a new mix.
He uploads this mixes and allows people to download them for free.
Above is an example of a remix involving both cutting down and rearranging parts of a video in this instance a preview of the movie Twilight: Eclipse and adding personal dubbing to convey the authors personal vision.
Above is an example of a whole collection of original music videos which have remixed through the change of the song lyrics to reflect the literal happenings of the original music video. It creates comical effect.
The CutUp Collective is a group of people based in East London, that have been undermining the authority of advertising on the streets of cities world wide. The main focus of the group is to disrupt the everyday experience of passerby's and to promote discussion through changing existing urban structures, namely billboards. They have been achieving this by ripping down existing advertising and “cutting-up” the images to make new collaged images that are reapplied to convey a different message.
Keep Calm and Carry On was a poster produced by the British government in 1939 during the beginning of the Second World War, intended to raise the morale of the British public in the event of invasion. The poster was rediscovered in 2000 and has been re-issued by a number of private sector companies, and used as the decorative theme for a range of other products. It has since been continuously remixed by everyone, as seen above. The first being the original 1939 poster and the one on the right a completely remixed version.