‘The Medium is the Massage: An Inventory of Effects’. Marshall McLuhan & Quentin Fiore. Touchstone Books 1967:

'All media work us over completely. They are so pervasive in their personal, political, economic, aesthetic, physiological, moral, ethical and social consequences that they leave no part of us untouched, unaffected, unaltered. The medium is the massage. Any understanding of social and cultural change is impossible with out a knowledge of the way media works as environments '

Marshall McLuhan was a thinker and writer. In 1967, he looked at the impact of electronic communication (this was before computers). Seeing whats around at the time and what could possibly be around in the future.

Media is pervasive (something that is everywhere) and effects every part of our lives – relationships, jobs and political. Looking at the possibilities of electronic communication.
PRINT

Print is static (still) and fixed (held, doesn't move, doesn't change). When it comes to a book it's all about interpretation. A book is undirectional communication (information that goes one way). Your opinions dont change whats written in a book. Examples include the Gutenberg bible & The Holy Bible as both are static, fixed and undirectional:
THE BOOK

‘The Electronic Word’. Richard A. Lanham. University of Chicago Press, 1993:

'The assumptions that come with a book (are that) it is authoritative and unchangeable, transparent and unselfconscious p. 8'

Here Lanham is saying that the book has been produced by the author and the reader cannot change it's context in any way. The book is therefore at the position of power and is unchangeable.

The role of any reader is to receive the information through reading the authors words. The only work the reader can really do is voice their opinion of the authors work. 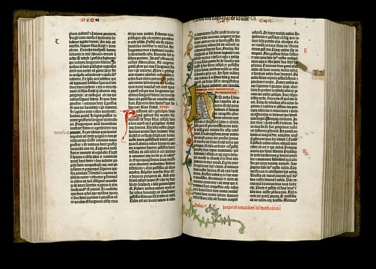 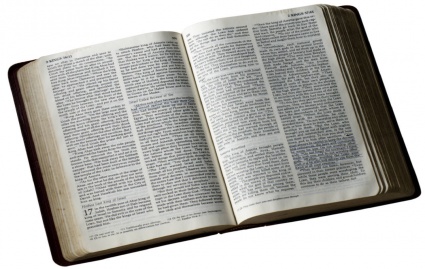 ‘New media are so metaphorical. People struggle for words to describe the eruptions. Commonly our struggle is falsely framed as one single clean transition. There, Old Media , reeking of ink and celluloid – here, New Media , fast, clean, interactive.’

New media is a stand in for something else. There's a difference in digitial and print communication. Sterling is saying how the transistion from old media to new media wasn't an easy one. But at the same time mentions the positives of new media with it being 'fast, clean, interactive.'

Digital communication is something that moves/changes. It is malleable, it changes shape/form. It is accessible and includes simultaneous media.
Simultaneous media formats merged, put together, happening at the same time.

Digital communication is advanced and accessible across the Western world. But not in certain economic/social barriers like the first world countries.
THE VIRTUAL REVOLUTION


The Virtual Revolution documentary talks about Marshall McLuhan predictions and the coming of the electronic age, speeding up of information.

In 1960's Marshall McLuhan predicted that in the near future, we'll be connected in real time, we will flow as if we're sitting next to each other. Media itself is more important than content. He felt that people will always judge new media by looking at old media. Media will be judged by content, not the way its made.

His prediction came true. Especially when looking at viral content - people are more engaged as they are interacting with the media, not just consuming like when you watch a film. Youtube videos are a prime example of this revolution and give the user a chance to contribute their own work. As well as comment and in some cases interact with the video. The bottom left example is an interactive video created by the famous Youtube star Shane Dawson. It's an interactive video which allows the user to choose how the horror story unfolds at certain parts of the video. The bottom right video is a famous viral titled Charlie bit my finger. These videos are both examples of how media is now being judged by content, not the way its made.

'The work snowballs into electronic orality, changes and grows as it moves from one screen and keyboard to another.' P6

Here Lanham is saying that the digital information that is put out is then modified, put out again, modified again continuously. Aural cultures – work changes as it moves from user to user, from one screen to another.
1. The Virtual Revolution
INTERACTIVE CANVAS


Allofus.com created an Interactive Canvas for Microsoft. The installation tracks people as they walk past, lets people add other people. It's a digital space that offers constant change/movement. Designed to tour Microsoft events around the globe, the exhibit is meant to get visitors excited about the creative potential of Microsoft's Expression and WPF technologies. The Interactive Canvas collects the thoughts, comments and ideas of event attendees. Users can freely express themselves using a simple handwriting interface as the main method of interaction. The user can just write or sketch their thoughts into one of the many message bubbles and then share it with the world by dropping it onto the large-scale display. So the information on this digital wall is constantly modified, changing as more users add more information.
MALLEABLE

Malleable is all about shaping and forming the design.

‘Prosumerism – simultaneous production & consumption.’
‘’The templated mind’..data entry and customization options are the way prosumers grip these new generation of products’
‘The template mentality emphasises work over style or even clarity.’
‘The prosumer model extracts the value of your work in real time, so that you are actually consuming your own labour.’

Here Siegel identifies collaborative information. He uses the word 'Prosumerism' which is a play on the word consumerism as we change and add content (like with hotglue), production and consuming. We're making something and using it.

When using online spaces, the template has already been designed. It's gripping as the user is able to interact with something. However, constantly
using templates doesn't always work as sometimes you don't know how to do something the way you want to do it, so you lose clarity.

In the past, you would of gone and paid for entertainment, now you can make a video for youtube, providing information and consume it. With digital culture there is the issue of ownership/authorship. You used to buy the paper, now you can go on the computer, type to find the information so in a way you're working for it.


‘The practical conclusions are clear. PowerPoint is a competent slide manager and projector. But rather than supplementing a presentation, it has become a substitute for it. Such misuse ignores the most important rule of speaking: Respect your audience.’

PowerPoint is useful as a site manager and projector. It provides an easy way of putting together and sequencing information. Edward Tafte is criticising that a PowerPoint presentation isn't a whole presentation as it's shortening information, therefore not explaining it all.
2. Microsoft Interactive Canvas
SIMULTANEOUS MEDIA

‘The compatibility between graphic design, illustration, animation and visual effects software plays the key role in shaping visual and spatial forms of the software age…any single design may combine multiple operations that previously only existed within distinct physical or computer media’

Things have been changed from analogue to digital. Manovich is looking at the compatibility between design and software. In the previous age things like illustration and type couldn't be put together. But now with the use of digital media you can do these things, therefore merging the information.
3. 'PowerPoint Is Evil'
Helloimago, Ad for New York Times, 2010.

Helloimago created a one minute advertisement for the launch of Turkish Edition of The New York Times. Here they constructed typographic versions of the most recognizable landmarks in Manhattan and Istanbul, and created a compact tour taking the audience from the New York Harbor all the way to the Bosphorus. Actual pages from the first issue of the newspaper were used to create the textures used in the scenes. They were able to blend activities due to the digital age. Here they we able to merge the typographic information into the building structures as well as the surroundings. (as seen below).

Hughes made videos out of still images. He used 700 cameras and a black background. He used Photoshop, Aftereffects and QuickTime for the editing. Each software used was putting another layer of information which couldn't be done in analogue. The end result are fast rapid dance movements which enable the viewer to see the 360 view of each dancer. The vibrations of each image matche the background music. 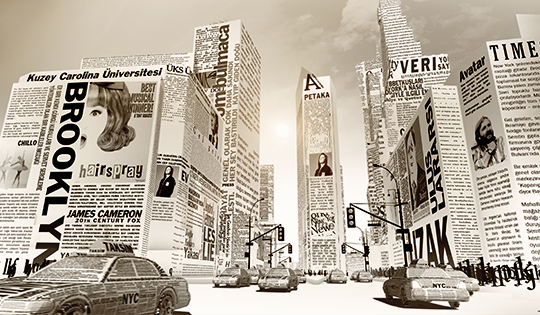 Quayola – Adds life to painting by using digital techniques. The subject of this work is a series of iconic pieces from the museum’s Flemish collection, focusing specifically on Rubens’ and Van Dyck’s grand altarpieces. The result is a study and exploration of the paintings themselves, looking at the rules behind the composition, colour schemes and proportions of each piece. It's aimed at creating new contemporary images based on universal rules of beauty and perfection. It shows the differences between what is classical figuration and contemporary abstraction. By adding this abstraction over the parts of the original painting, the user is able to identify all of the differences as both worlds are presented to them simultaneously.
ACCESSIBILITY

'The other characteristic of this digitisation of information is it’s electronic nature, which makes the data processed both more virtual and non-material and also more ephemeral. This is substantially more than analogical predecessors. Information contained in this way is more easily transferable, reproducible and modifiable, it takes up little room and weighs nothing, so transition is practically immediate.'

Here Tappia is expressing that the digitisation of information is that it makes it easier to transfer, reproduce, change and it takes up little space. However, with digital information in virtual design issues arise. With this being ephemeral it means that something is only there for a moment, not forever.

Tim Berners Lee: Inventor of the internet. He created the network; there is no central controller, you cant switch off the internet. It cannot be commercialised. It is networked/connecting.


Ted.com talk Tim Berners Lee - Talks about people adding raw data/ information/editing data online. Also shows the various graphs which people have used to represent their data. In addition, he talks about how we can use data for our own personal use. For example, entering your postcode, where you want to go you can get all the different bus routes you could take. Furthermore, with people all over the world adding data we know more than before. For example, someone showing traffic on a map shows us which areas to avoid etc. Berners-Lee calls for "raw data now" -- for governments, scientists and institutions to make their data openly available on the web. The reasons for this is so that people can use this data to create great things.

Google digitialised 5 million books. In terms of accessibility, this allows you to have access to the contents of all books online.

Erez Lieberman Aiden and Jean-Baptiste Michel show us how it works, and a few of the surprising things we can learn from 500 billion words in the link below.